Paranormal with Malcolm Robinson: Ghosts are not always what they seem

Let’s look at some other explanations that may explain ‘some’ ghostly sightings. 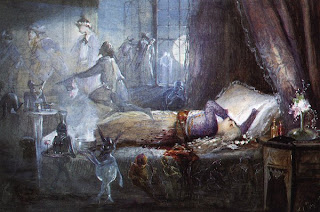 At the end of the day anyone who researches the subject of ghosts should not believe that all ghostly sightings and experiences can be put down to the paranormal, far from it, most can be easily explained away. One of the things that is a strong candidate to explain ‘some’ ghostly encounters is something called hypnagogia.

It’s a state between asleep and waking up from sleep. Scientific study of this subject more or less began in the 19th century. Basically during this type of sleep many people have experienced visions and hallucinations which they sometimes find hard to distinguish from reality! Having said that, the hypnagogia imagery is different from the dream state in so far as the imagery from hypnagogia is very bland and plain. However what is notably different is the auditory aspect of hypnagogia. Crashes, bangs, and rappings are features of this state as is the hearing of that person’s name being called (which is a common feature of the ghost experience).

Sleep paralysis is slightly different to hypnagogia in the sense that it’s slightly like tinnitus. The individual will hear buzzing roaring and hissing sounds, however other individuals may experience more traumatic effects like a feeling of being crushed, they’ll get electric tingles all over their body and feel that there is someone else within the room with them.

Feelings of floating and being out of one’s body can also be an effect of hypnagogia and to some degree sleep paralysis although with sleep paralysis one does not have control of one’s own body for a period of time. Perhaps in these states some people have been misled into thinking that they have witnessed a ghost when in point of fact it’s all been down to a medical condition. 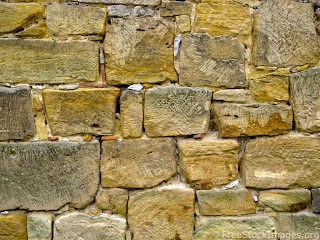 I mentioned in my previous article about Stone Tape Ghosts. Basically what this means is that sometimes in some locations, ghosts are seen doing the same things time and time again, it’s as if they are on some kind of a video replay, a recording if you like.

Some researchers have felt that perhaps in some of those very old houses where a tragic or horrible death or murder has occurred, the scene of this tragedy is someone impregnated into the very fabric of the stones that make up the building, a fanciful theory for sure, but one which does perhaps have some substance, take for instance the Kenfig pub case.

Back in 1982, a pub in the small town of Kenfig Mid-Glamorgan (The Prince of Wales) started to have bouts of paranormal occurrences from the sound of an organ being played at night (no organ was in the pub) to sounds of merriment, the clinking of glasses and loud talking in an old Welsh dialect. Anyway, two people got to hear about this, John Marke an electrical engineer and Allan Jenkins an industrial chemist and what they decided to do was something which may well have never been tried before and that was to connect some electrodes into the stones of the pub after closing time one night.

These electrodes (which has been stated were around 20,000 volts) were fed into some audio tape recorders, the room was then re-locked and everyone went home. The following day upon playing play on their audio recorders, they were astonished to hear the sound of organ music, they heard a clock ticking (there was no clock in that room) but more amazingly they distinctly heard the sound of people speaking in an old Welsh dialect.

So what these researchers felt was happening, was that the very fabric of these old stones somehow had managed to store sounds like a magnetic video tape, of yesteryear and for some reason (unbeknown to us at present) somehow managed to impregnate themselves onto their audio tape. Now I have actually listened to this tape and heard these sounds myself and believe you me they are indeed astonishing (if we believe that this was indeed a ‘controlled experiment’) Now whilst the theory is fine in principle, it does beg the question how can the sounds be heard but the ghosts not seen!

It’s more the sounds that have been heard in this pub than actual ghosts themselves. Why on some occasions do we only see the ghost and NOT THEIR SURROUNDINGS?

Think about it. It’s like recording a programme on video tape from the television you’ll get everything, the people, the furniture and all the surroundings you don’t just get the person as you do in ghostly visions. So again we have a function of ghostly apparitions that seem to ask the question.
Dr Melvyn Willin who has a doctorate in Parapsychology and who himself has researcher ghostly tales said a few years ago that some technicians at the BBC’s Radiophonic Workshop (which is no longer in use) stated that the sounds that were heard on the audio tape from the Prince of Wales pub were maybe caused by the presence nearby of a large transformer?

Then we have another theory which might explain ghosts and that is that perhaps due to the movements of the Earth’s Crust, bursts of electro-magnetic energy may at certain points on a fault line may affect ‘certain people’s perception’ In other words, could this form of electro magnetism affect our brain’s, make us see things that are not there?

The Stone Tape Theory is an interesting one that the very fabric that surrounds us may, in some instances, be replayed back to us like some massive video machine where we can see events and people from yester-year.

In a sense we can liken the ‘Stone Tape Theory’ to this. Have you ever walked into a room where only moments before a couple have been arguing? You might not know that they have been arguing but there is something in the room, an energy that you can almost feel and taste.

This is what’s known as Cumulative Energy. So if for instance you had walked into a room that had been the scene of intense tragedy maybe even murder, its like the very fabric of that room has ‘soaked up’ those horrible images and energies and, under certain conditions, or, to certain people, can replay those energies back to you.

Not all people of course can ‘sense this energy’ normally it goes unseen or un felt, but as I say under certain conditions and to certain people these energies unleash themselves and provide a rich tapestry of emotion, pain and visual stimuli which can in some cases prove very distressing.