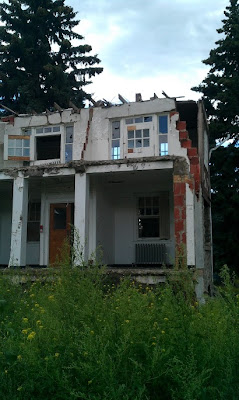 Our return trip to Fort San revealed the Sanatorium to be in a state of demolition. Not many of the original buildings were left standing by this time.

Here are some photos we took of what was left. During our exploration that day my wife heard what she says was a child crying but to me it sounded like something on the building moving in the wind. Later after reviewing out pictures I was able to capture one photo which appears to have a orb in the bottom area.

Its sad to see such a landmark, of Sunday drives around the lake and it's haunted past, fall to progress but we will always have it's stories to share. 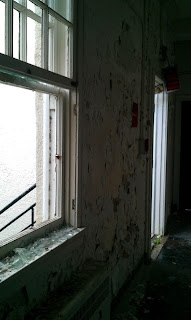 It brings me to tears knowing this national historic site is not going to be standing much longer!! If anyone agrees with me please leave a comment!!